Rock began his insurance career in 1983 after graduating from The Aetna Prime Agent Program. In 1994, he joined Central Carolina Insurance Agency becoming an owner in 1997. 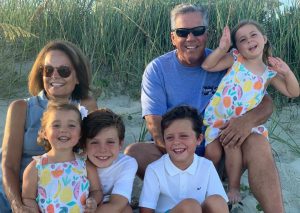 Rock graduated from East Carolina University in 1981 with a bachelor of science degree in business administration. He also attended Lees McCrae College where he played football and golf. In addition, Rock is a graduate of the Appalachian State University Insurance Executive Program.

Rock is married to his wife of over 35 years, Kathi. Their family includes two daughters and one son, two son-in-laws and four grandchildren. Rock and Kathi are active members of First Baptist Church in Mooresville. Rock currently serves on the Board of Directors at Blue Harbor Bank in Mooresville.

Get the personalized auto, home, business, and health insurance you deserve.